DJ BoBo has sold 14 million records worldwide and released 11 studio albums, as well as a compilation of several albums, which included his hits such as “Everybody”, “Respect Yourself”, “Freedom” or “Love is all around”. 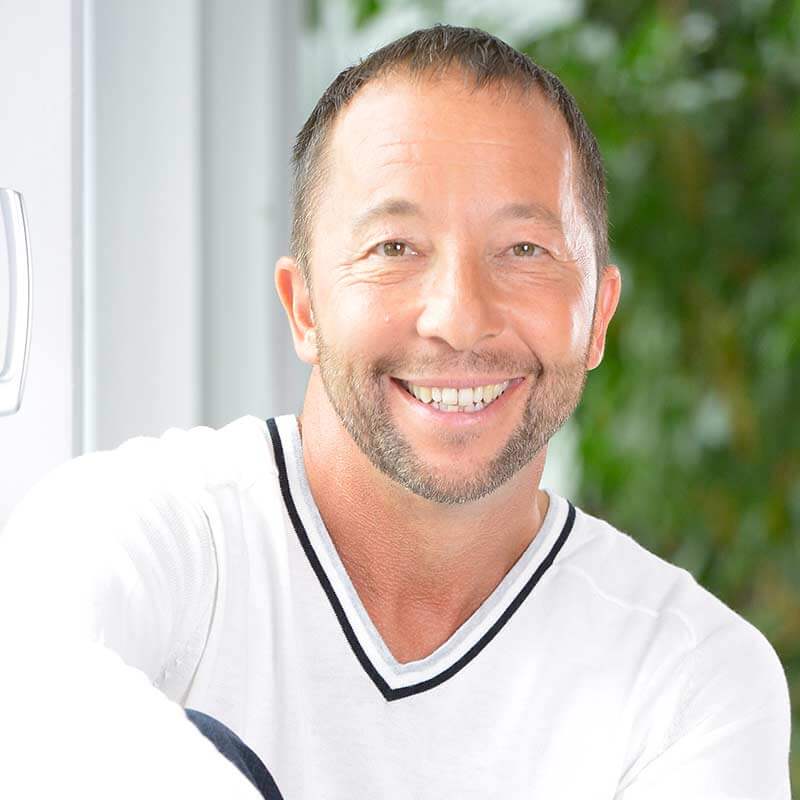 After completing his nine-year schooling René Baumann decided to teach as a baker and confectioner (1984). In the time of breakdance and electric boogie René, however, felt his musical vein more and more intense … With his acrobatic dance style, he won in 1987 the Swiss title in showdance.

In the year ’85 he started playing DJ records at the Jugendhaus Aarau and from that time comes the name “DJ BoBo” this was his “Graffiti Tag” and nickname. Just one year later, he finished 2nd at the Swiss DJ Championships. As a professional DJ in the discotheque Don Paco (1986-89 in Wohlen) and later in Hazyland (1990-91 Lucerne), he was able to pursue his interests and gain a lot of experience, until he decided to produce his own maxi-single.

The first disc “I Love You” was born (1989). This was followed by first stage appearances in various Swiss discotheques. On the emergence of the next two singles “Ladies In The House” and “Let’s Groove On” (1991), followed by a second club tour. After these first successes in his home country, the international breakthrough came with the super hit “Somebody Dance With Me”, which exceeded all expectations: released in early November 1992, this song was in the Top 10 in many countries and was awarded Golden Records in Germany, Switzerland, Austria, Israel, Australia and Sweden.

The summer hit `94 landed DJ BoBo with the single” Everybody “- this came in 2nd place of the German single charts, stayed there for many weeks and was awarded platinum for over 500,000 units sold in Germany.

In March ’96 he started the “Love Is The Price” tour. Special guest in the opening act were the still unknown “Backstreet Boys”!

As a special guest of the Michael Jackson “History” tour, DJ BoBo & Crew were able to demonstrate their skills at the concerts in Prague, Budapest, Bucharest, Moscow and Warsaw. For DJ BoBo, a childhood dream came true.

DJ BoBo has set a new attendance record with the KaleidoLuna tour.

“All the preparation and effort in the run-up has paid off. It was one of the best shows we have ever done. It was always impressive every night, with which enthusiasm we met the people. I can’t wait to get to Timișoara for the first time.” said DJ BoBo